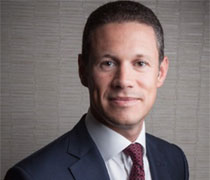 "A problem shared is a problem halved. Applying this idiom to our global challenges today would provide a wealth of opportunities for greater progress in achieving our goals.” Mr. Jafar is President of Crescent Petroleum, the region’s first independent and privately-owned petroleum company in the Middle East and Chief Executive Officer of Crescent Enterprises, a diversified global business across which spans across various sectors including ports and logistics, power and engineering, food & beverage, business aviation, and across verticals such as private equity, venture capital, and business incubation.

He is Managing Director of Crescent Group, which has been operating from the UAE as a family business group since 1972 and is the parent company of Crescent Enterprises and Crescent Petroleum. Mr. Jafar is Chairman of Gas Cities LLC, a joint venture between Crescent Petroleum and Dana Gas PJSC, and Chairman of Pearl Petroleum, a partnership between Crescent Petroleum, Dana Gas, OMV of Austria, MOL of Hungary and RWEST of Germany. Additionally, Mr. Jafar is active in a variety of other industries, including ports and logistics, serving as Chair of the Executive Board for Gulftainer - the world’s largest private container port and logistics operator.

Mr. Jafar is an active member of the Young President's Organisation, serving as Ex-Officio of the YPO Emirates Chapter. He was honoured as a Young Global Leader by the World Economic Forum (WEF) in 2011 and is Co-chair of their Family Business Community, a member of the Stewardship Board on new Economy and Society and the Stewardship Board on Digital Economy and New Value Creation. In 2010, Mr. Jafar co-founded Pearl Initiative, a non-profit venture in cooperation with the United Nations Office for Partnerships to promote a corporate culture of transparency and accountability across the Gulf Region of the Middle East. As part of his efforts advocating social entrepreneurship, Badr is a Board member of Endeavor UAE, an initiative encouraging high-impact entrepreneurship, a member of the Synergos Arab World Social Innovators (AWSI) Program Board of Governors and serves on the Board of Advisors for the Sharjah Entrepreneurship Centre (Sheraa) and Gaza Sky Geeks. He is a member of the Advisory Boards of the American University of Sharjah, Cambridge University Judge Business School and American University of Beirut. Badr is the Founding Patron of the Centre for Strategic Philanthropy based at the Cambridge Judge Business School, which is dedicated to enhancing the impact of strategic philanthropy both within and from the world’s fastest growing economies; and is the Founding Patron of the Gulf Region’s first Strategic Philanthropy Initiative at NYU Abu Dhabi to study and promote high-impact philanthropy.

You can connect with Badr Jafar on twitter @BadrJafar and online at badrjafar.com