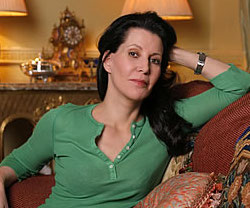 The Countess Sondes believes it is essential to take the initiative and utilise the established assets of the countryside in new and progressive ways, and to ensure that these concepts are pursued differently and creatively.

Lees Court has grown a range of Non-Food Crops and is looking at further ways of adding value by way of a vertical integration strategy through Seeds LP, the entity that has been set up to oversee its commercialisation.  Seeds has invested in protecting its Intellectual Property through a comprehensive patenting process. The Estate has grown a wide variety of Non-Food Crops on a commercial scale, as well as trialling others.

This passion for Non-Food Crops has also enabled The Countess Sondes to act as an Agricultural Advisor to the United Nations Office of Partnerships (UNOP). UNOP was created around Ted Turner’s billion dollar gift to the United Nations. This was a remarkable experience which gave direct insight into the issues affecting global agriculture.

None of this means, however, that she intends to compromise the established traditions of the Estate. The Countess Sondes continues to manage the Lees Court Estate’s renowned pheasant and partridge shoot, and upholds the traditions which help maintain the countryside way of life. Lees Court was included in Richard Purdey’s chapter in ‘The World’s Best Shoots’.

The Countess Sondes also works alongside some of the most respected academic and scientific institutions in Britain. Lees Court has been involved in a flagship Joint Research Project with The Game and Wildlife Conservation Trust (GWCT), the Durrell Institute of Conservation and Ecology (DICE), and the Forestry Commission. The Lees Court Estate Project was designed to evaluate the conservation and biodiversity (the different types of flora and fauna) benefits of management practices to conserve game. As part of this Project, a questionnaire was conducted on the ‘Perceptions of Stakeholders on Gamebirds Shooting in Lowland Britain’.

Unusually, the ownership of the Lees Court Estate includes the majority of the Swale Estuary and Faversham and Oare Creeks.  The Countess Sondes is passionate about this area and consequently the Estate adopts a proactive approach to management. There is particular focus on protecting its biodiversity and using the Estate’s ownership to responsibly protect socio-economic activity on the Estuary and Creeks, including moorings, wildfowling, fishing and the management of its oyster beds.

Increasingly, the Estate is expanding its initiatives, most recently on its 550 acres of woodlands (working with the only Forestry Commission advisor to the private sector) and Lees Court Education And Research Network (LEARN). This year LEARN will be hosting 13 visits to the Estate.

The Countess Sondes has shared her ideas extensively through the media including television, radio, magazines and newspapers. In addition, she has given lectures to a variety of interest groups. The Countess Sondes also holds a wide range of prestigious positions and patronages.