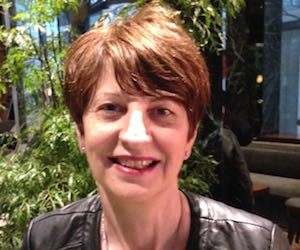 Deborah Landey is a Conservation Fellow at the Wildlife Conservation Society.  She is a member of the Board of Directors of: the Ethiopia School Readiness Initiative, the Humpty Dumpty Institute; One to One Women Coaching Women; Vice-President of the Governing Board of the Association of Former International Civil Servants; Senior Advisor to the Global Partnerships Forum ; and served as Chair of the United Nations Federal Credit Union Board of Directors Nominating Committee from 2011-2013.

Deborah Landey served as Assistant Secretary -General at UNAIDS from 2005-2008.  She was responsible for external relations including with its governing body, human resources, finance, budget and IT for its global workforce.  She led UNAIDS support to global, regional and national coalitions on women and AIDS.  She served as the Director of the Development Operations Coordination Office from 2008-2013, the Secretariat to the United Nations Development Group. In this context, she mobilized resources for the work of the UN development system at global, regional and country level, in particular for coordination of its support to country led strategies to achieve the Millenium Development Goals.  She provided policy advice to some 130 Resident Coordinators and 15 Deputy Special Representatives of the Secretary-General and senior officials across the UN development system.  She chaired the Inter-Agency Advisory Panel which recommends candidates for Resident Coordinator positions to the Chair of the United Nations Development Group and the Secretary-General.

She also served as Deputy Assistant Administrator and Deputy Director of UNDP’s Bureau of Management (2001-2003) and as UNDP’s Director of Human Resources for some 6000 staff globally (1997-2003).  She led the design and implementation of a new generation of talent management policies and processes, including serving as the Chair of the Inter-Agency Team that designed the Resident Coordinator Assessment Centre instrument which transformed the selection methodology for United Nations Resident Coordinators appointed by the Secretary-General. She worked closely with several UNDP Administrators.

Deborah Landey served as United Nations Resident Coordinator in the Republic of the Philippines and the Republic of Botswana.  She led the process of the development of United Nations country strategies and managed UNDP programmes including in the areas of poverty reduction, responses to HIV/AIDS epidemics, the environment, gender equity, peace building and conflict resolution.  She was awarded the Order of Sikatuna by President Gloria Macapagal-Arroyo, an award for individuals who have rendered exceptional and meritorious service to the Philippines (2005).  She received the Congressional Medal of Achievement in recognition of efforts to enhance relations between the House of Representatives of the Philippines and the United Nations and support to the Government’s efforts to prevent the spread of AIDs in the Philippines (2005).

She received a Volunteer Recognition Award from the Wildlife Conservation Society in 2015.