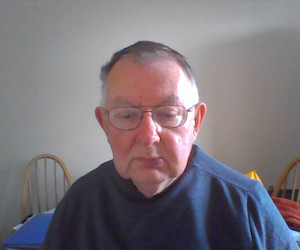 Trevor started his career with Midland Bank, where he progressed to Senior Manager, structuring major projects of over 50 million pounds sterling with special responsibilities for Asia, from India to China.  A couple specific projects included Guangzhou Rubber Bureaux’s first acquisition of a UK company, Dunlop Tyre Company.  He also arranged purchase of a Philippines cigarette factory for Fortune Tobacco.

For his first large transaction with the Singapore Public Utilities Board and Balfour Beatty, he was awarded w the first Euro Money Trade Finance Award for Innovation involving over £100 million.  In addition, Trevor assisted the Daya Bay nuclear power stations’ acquisition by GEC Framatone, Bank of China, and the Chinese Government.

In Indonesia, Trevor’s department in HSBC financed the submarine cables from Australia to Europe and the Middle East and Australia to Asia.  They also signed with STC and a dozen different countries.  Trevor followed that up with a major defence contract.

During Trevor’s time at HSBC, his department also funded an Indonesia Defence contract with BA e-systems and the Government of Indonesia worth £400million, among many other major projects.  Trevor was invited to Japan to help develop a compliant bid, which was followed up with a lecture tour where he addressed Japanese exporters. Trevor then did similar tours in Europe, Canada, and Asia.

Trevor was seconded to UNCTAD in Geneva to work with their chief accountant to do the funding of the 4th arm of the World Bank (MIGA).  He was a guest of honour at the signing in London.  Shortly after, Trevor was chairman for a year of the Foreign and Commonwealth Bankers Association, negotiating with the Chairman of the Bank of England, Eddie George, and the other bankers on banking policy in the export arena.

Around the turn of the millennium, Trevor worked on a project for Anglo Chinese Development Corporation working on a CFC infringement case with Tesco and Northampton Refrigeration.

Trevor was invited to structure an EU Social Fund Program, which involved teaching Swedish citizens to run businesses by collaborating with British companies.  The program taught marketing and product development, and there was a clear success rate that was acknowledged by the Swedish government.

While in Sweden, Trevor met Lars Gustaffson, head of technical development at Volvo, who asked him to find a role for a new range of prototype lights called high intensity discharge lights.  Consequently, the two worked with Downing College, Cambridge, Georgia Tech in Atlanta, and Ecole Polytechnique in Paris, plus a number of prototypers in the UK including Philips Electronics.  The lights were developed for a380 Airbus, range finders for lighthouses and helicopter landing strips on land and ships.  Trevor’s team fitted on two Aircraft Carriers Luxury vessels including 4 for Blom and Voss

At the request of UKTI, Trevor was asked to help Malaysia with their switch from analogue to digital broadcasting, which is an ongoing project.

GEMS offered Trevor a twelve month consultancy role in which time he secured three large contracts in Malaysia: a teacher training colleges, seven technical colleges and a low cost private school. GEMS moved their regional office to Kuala Lumpur, where Trevor introduced them to Professor Laude, a senior Government advisor.  The government wanted to develop 33 special schools in each of the regions that make up Indonesia.  As a result, Trevor had the opportunity to meet with Bill Clinton to discuss the work he does with unemployed children in the world.  Later on, Trevor was invited by GPF President Amir Dossal to become a business advisor to the Greater Tumen initiative.