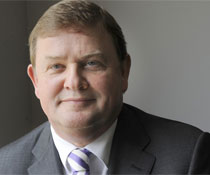 Feike Sijbesma (Dutch) studied Medical Biology at the University of Utrecht and Business Administration at Erasmus University in Rotterdam (both in the Netherlands).

In 1987, he joined the Industrial Pharmaceuticals division of Gist-brocades, where he was responsible for strategic planning and business development. From 1990 to 1993, he was the division’s Marketing and Sales Director. Thereafter he was given leadership of Savoury Ingredients, later on a business unit of Gist-brocades’ Food Specialties Division. In 1995, he was made director of that division and joined Gist-brocades’ Executive Committee. Following the acquisition by Royal DSM N.V. in 1998 he became Director of the business group DSM Food Specialties.