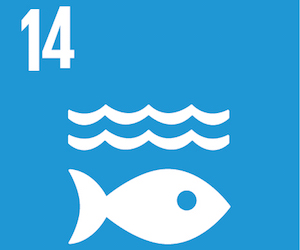 The Permanent Mission of Italy to the United Nations hosted the first meeting of the “10 x 20” Steering Committee, an effort at the United Nations founded by the Ocean Sanctuary Alliance, to promote successful implementation and achievement of SDG 14, Target 5, which states: “By 2020, conserve at least 10 percent of coastal and marine areas, consistent with national and international law and based on the best available scientific information.” This Steering Committee represents an important step in mobilizing action towards achieving one of the SDG targets—perhaps it is the first effort by Member States to do so.

Eighteen Member States from around the globe attended the Steering Committee meeting, along with representatives from the EU Delegation, The Food and Agriculture Organization of the United Nations (FAO), the United Nations Environment Programme (UNEP), the United Nations Development Programme (UNDP), and the Ocean Sanctuary Alliance. H.E. Ambassador Sebastiano Cardi, Permanent Representative of the Italian Mission, chairs the Committee, and Vice Chairs include Permanent Representatives of The Bahamas, Kenya, Palau, and Poland. At this meeting, terms of reference for the Steering Committee were discussed and adopted, with Member States supporting the forum as an informal way of catalyzing leadership, best practices, and information sharing on marine protected areas (MPAs), the primary component of SDG 14, Target 5.

Equally significant was the announcement and discussion of an upcoming meeting between scientists and diplomats that will occur March 7-9 in Rome. Target 5 calls for utilizing the “best available science” for implementing MPAs, but contains no written guidance. The Ocean Sanctuary Alliance is helping to facilitate a group of esteemed MPA experts to draft a scientific consensus in Rome, the results of which can be considered a “road map” for moving forward on achieving the 10% marine protection by 2020. The Italian government, an ardent supporter of oceans issues and island nations, recognized the need not only for clear scientific guidance to underscore action, but also for more profound dialogue between scientists and policy makers and is generously financing the conference. Dozens of diplomats, particularly from small island developing states, will attend the Rome conference and have opportunities to directly interact with scientists and experts, and learn more about the best available MPA science, governance, enforcement, and financing.

At one time, it was unclear whether the SDGs would even include a stand-alone goal focusing on ocean issues. Fortunately, through the hard work of many, the oceans goal was established and issues important to coastal and island nations have been given a high priority. Now, the next challenge is effective and timely implementation. Establishment of the 10 x 20 Steering Committee at the UN, and a scientific consensus on the way forward, are two major steps toward ensuring progress on this important global target. These actions and those that follow will be important ways to assess SDG 14 progress in Fiji at that planned 2017 conference.