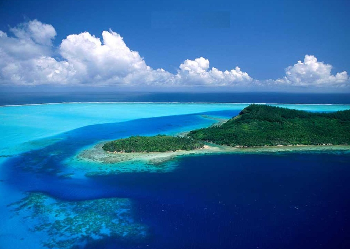 In the Lead up to the UN Secretary General’s 2014 Climate Summit the "Coalition of Atoll Nations on Climate Change" (CANCC) cordially invites you to a special event: „Climate Change: Building Resilience - Frontline Voices” on Sunday, September 21, 2014 in New York.

The CANCC "Coalition of Atoll Nations on Climate Change", is made up of Kiribati, the Maldives, the Marshall Islands and Tuvalu as well as other island nations and development partners genuinely interested in supporting the alliance. The CANCC is committed to drawing attention to the importance to take urgent action on climate change, which is no longer a future problem, but a serious threat for low-lying coral islands, which barely reach three meters above sea-water level.

With this geography, atoll nations are more prone than any other nations in the world when it comes to the impacts of climate change. The people living on atolls face existential challenges, to their survival as distinct cultures and to their sovereignty as nations.

Given such nature, CANCC nations are in the ‘frontline’ of the impacts of climate change and consider themselves as the ‘early warning system’ for the rest of the world - or to put in the words of Her Excellency Mrs. Markuita Baaro, Permanent Representative of the Kiribati Mission to the United Nations "We need to engage all the actors in addressing the challenges faced by the Atoll nations. Our hope is that by bringing together policy makers, captains of industry and leaders from civil society, we can create positive impact."

CANCC remains committed to push for legally binding agreements and ambitious targets at the global level and urges that global momentum must match the rate at which climate change impacts are being felt on the ground.

The event will take place at the Taipei Economic and Cultural Centre, 1 East 42nd Street in New York from 3.00-4.30 pm.