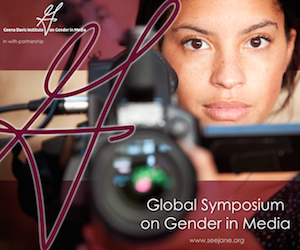 New York, 24 June, 2015 – The Geena Davis Institute on Gender in Media announced its 2015 and 2016 global symposiums on female roles in the entertainment business.

As Founder and Chair of the Institute, Geena Davis works to promote gender equality in the entertainment industry.  The institute has a research component that works to “engage, educate, and influence the need to dramatically improve gender balance, reduce stereotyping, and create diverse female characters in entertainment.”  In the Gender Bias Without Borders study from 2014, it was discovered that merely 30.9% of speaking or named characters on screen were female.  A goal of the institution is to combat this percentage and encourage the equal representation of women in media.

The institute's Chief Executive Officer, Madeline Di Nonno, in welcoming this exciting programme, invited the private sector and media partners to join the efforts in creating an inclusive society.