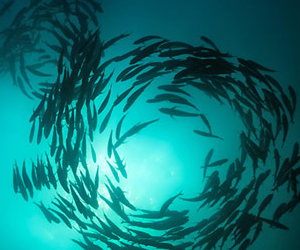 The Global Partnerships Forum welcomes the pioneering work of the Global Ocean Commission to protect our Oceans & Seas.  One of the main messages is that "we cannot do it alone," we must engage all the actors.  We applaud the leadership role of the Commission in highlighting the opportunities and the challenges for creating healthy oceans.

The Global Ocean Commission (www.globaloceancommission.org) has just released its report.

The Global Ocean Commission, made up of former Heads of State, Government, ministers and prominent business leaders, has spent 18 months investigating the decline of the global ocean and has developed a rescue package of eight proposals to restore and protect its natural capital and services. The proposals are the culmination of exhaustive deliberations and extensive consultation with experts and stakeholders to inform and shape these proposals.

The proposals of the Global Ocean Commission are pragmatic and while there are no technical obstacles to their implementation it’s a question of political will. Some proposals are aimed at governments, some at the UN and other international organisations, others at the private sector and even at NGOs and civil society. All have a role to play.

The Commissioners are eager to build coalitions for change to implement their proposals and are inviting governments, businesses and civil society to respond and come together in support of the proposals to become part of a joint mission for positive change - Mission Ocean (www.missionocean.me).